Skip to content
By Darrell Egan
September 11, 2021
There is a saying “Fish and guests smell after three days.” If we use this analogy in relation to the 20 year intervention in Afghanistan by the United States the smell would be defined by the United Nations as a biological weapon.
In the 1985 movie “Spies Like Us”, two decoy spies are sent into Afghanistan to counter the Russians.
In the film not long after meeting the Afghan resistance fighters proclaiming “We’re American”, they are hung up by their feet. Those freedom fighters patience would not have lasted 20 years of American exceptionalism in Afghanistan. 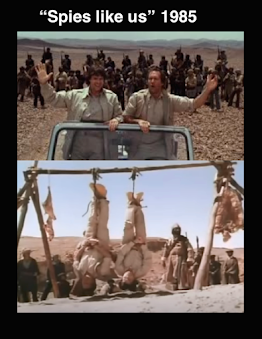 At this time to this movie the US former Ambassador to Qatar from 1983 to 1985 Charles Dunbar began helping the Mujahideen fighters with resistance strategies in the role of Charge D’Affairs for Afghanistan.

However unbeknown to many in July 1979 before the Russian intervention in Afghanistan Jimmy Carter started funding Mujahideen rebels against the Mohammad Daoud Khan leadership of Afghanistan who signed a friendship deal with Russia in December 1978.

Many say this supporting of the Mujahideen rebels starting in July 1978 to rebel against the Mohammad Daoud Khan government lead to the later Soviet intervention in December 1979  to put down these US supported Mujahideen rebels.
As far back as 1973 when Mohammad Daoud Khan started his leadership of Afghanistan the US pegged him as person who held Russian relations and Pakistan along with then US ally Iran under the leadership of  the Shah Mohammed Reza Pahlavi.
The then US ally Pakistan worked with the US to arm the Mujahideen and bring infighters from the Islamic world including  into the Mujahideen including  Wahhabi Islamists like Osama Bin Laden to fight the Soviets in the Afghan Soviet war.
Osama was to become an unwanted guest for the Taliban later.
In a side note  Osama Bin Laden’s brother  Shafiq Bin Laden had oil business dealings with the Bush family in an investment deal with the Bush Family’s  Arbusto Energy company. Salem died in 1988 after the ultralight aircraft he was flying hit power lines 15 feet from the ground.
The US National Transport Safety board  did not conduct an investigation.
Former Marine Earl Mayfield and owner of the airstrip where the accident occurred who was present at the accident stated:
“He was a very experienced pilot. He was a good pilot. We just can’t understand why he decided to go right instead of left,” 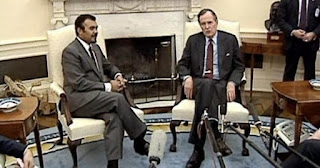 Going back to the US 1973 concern over Mohammad Daoud Khan whose reforms before the Soviet invasion of Afghanistan made him an enemy of the Mujahideen is highlighted in a US government  document titled “Coup in Afghanistan”  put together by Harold H. Saunders a staff member of then US National Security Adviser.
It cites the then Afghanistan leader more difficult to deal with than the previous leader King Zahir Shah. 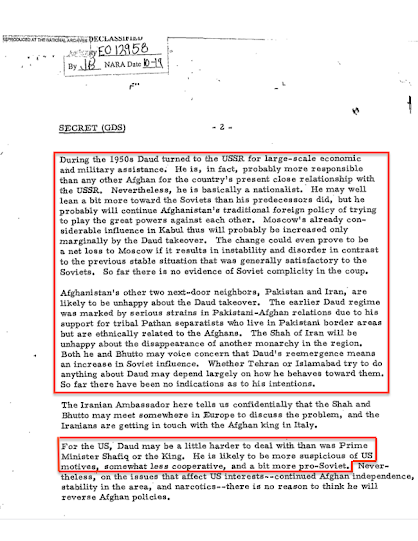 Page 2 of  National Security staffer’s document to Henry Kissinger
Document Reference links:
https://nsarchive2.gwu.edu/NSAEBB/NSAEBB59/
https://nsarchive2.gwu.edu/NSAEBB/NSAEBB59/zahir15.pdf
The Dauod government who were putting in place progressive social reforms were no friends of the then traditionalist Mujahideen.  Some of Mohammad Daoud Khan’s reforms in the late 70’s were the non compulsory wearing of head covering for women and included women in his government executive.
After the Mujahideen victory in the Russian military withdrawal in 1989 after a 10 year war, corruption and warlord brutality begun under the new Mujahideen government which included an increase in the Opium Drug trade industry under the Mujahideen rule.
The Post Soviet war  Mujahideen Opium Drug industry was a spill over from the time the Mujahideen used drugs to fund their war against the Soviets.
This subject with US support for the Mujahideen against the Soviets, in relation to drugs funding the Mujahideen could lead us down a rabbit hole of thoughts in relation to the Air America Vietnam war drug financing or the US joint effort with Panamanian leader Manuel Noriega financing to support Contra rebels against the government in Nicaragua using illicit drug dealing funds.
Such corruption lead to the rise of the Taliban takeover in 1994.
After this the US  UNOCAL oil company got the smell of Afghan oil and set in play negotiations with the Taliban for a $4.5 billion dollar oil and gas Afghanistan to the Caspian sea pipeline deal.
UOCAL even flew ab Taliban delegation over to Texas to work on the deal in 1997.
Reference link: http://www.mafhoum.com/press2/65Safp.htm
DINNER AT MARTY’S. 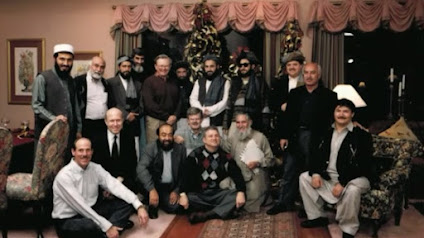 Taliban having dinner at UNOCAL Vice Present Marty Miller’s Texas home.
What ruined the UNOCAL deal was the bombing of the US Embassy in Nairobi in 1998 which was pinned on Osama Bin Laden and Bill Clinton took off his seal of approval for the UNOCAL Taliban deal.
In Afghanistan, Osama Bin Laden who had his own faction of support and for the Taliban he was beginning to bring to smell like rotten fish as guest.  The potential for fractured in fighting would have made it difficult to expel Bin Laden.
Afghanistan has strict rules regarding hospitality and honor, along with the support Osama Bin Laden would have brought into Afghanistan, would have cemented him a place with influential figures in the country.
However after the September 11 attack in 2001 the attention of the United States noses picked up on the scent of the Taliban’s rotten fish.
This time the Taliban had their chance in making an offer to the United States to hand over Bin Laden if US produced the evidence to them of Osama Bin Laden’s guilt, as would be normal procedure in any extradition.
The request for evidence was later dropped by the Taliban’s then Taliban Foreign Minister Wakil Ahmad Muttawakli on October 16 2001 regarding handing over Osama Bin Laden.
However President George Bush junior was in a war mood and not willing to explore that option, as the United States had already made up their mind to invade on the ground, with an incursion in late September 2001 in play.  This involved CIA field Officer Gary Schroen leading a Special Forces team joining up with the Afghan Northern alliance faction to oust the Taliban government.
The scene for US intervention in Afghanistan had already been set in motion.
Reference link: https://en.wikipedia.org/wiki/Gary_Schroen
The United States were ready to invade Afghanistan in only two weeks after the September 11 attacks.
A two week decision that started a 20 year war in Afghanistan which cost over 2 trillion dollars of US taxpayer’s money, innocent Afghan lives along with the lives of US and ally soldiers.
International Criminal Court Prosecutor  Fatou Bensouda in  an investigative report, found the United States armed forces had committed war crimes in Afghanistan and the CIA appeared to have run a secret torture and detention program with Afghan detainees. 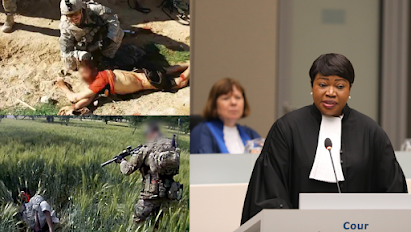 Reference link: https://www.theguardian.com/law/2016/nov/15/us-army-and-cia-may-be-guilty-of-war-crimes-afghanistan-says-icc
Australia was not immune from these war crimes which Australian Special forces implicated in war crimes against innocent Afghan civilian which included a 13 year old boy.
When Australian Major David McBride exposed the Australian Special Forces was crimes he subjected to prosecution by then Australian Attorney General Christian Porter, who later was under investigation and scrutiny for an alleged rape.
Reference link : https://www.canberratimes.com.au/story/7044094/how-is-david-mcbrides-prosecution-in-the-public-interest/
Only three weeks before three Taliban takeover of Afghanistan this year and moving into Kabul it seemed Joe Biden unaware when meeting ten Afghan president Ashraf  Ghani.
The US withdraw mirrored the Vietnam withdraw experience. Both Vietnam and Afghanistan in their history have repelled many invaders and both endured a 20 year long US military occupation.
Before the US plan another invasion they should remind themselves that fish and unwanted guests smell after three days. 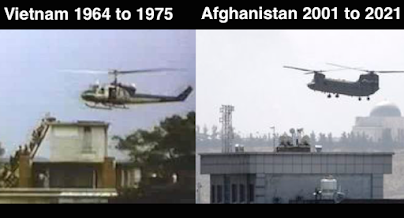 What Strategic Game is AUKUS playing in Asia?

On April 27, Chinese-Australians will hold a protest against racial discrimination in their homes

The Federal Labor Leader, MPs and state legislators are united in wishing the Chinese-Australians a Happy Mid-Autumn Festival!

Face Masks That Are Nice Enough To Wear To Weddings

What Strategic Game is AUKUS playing in Asia?